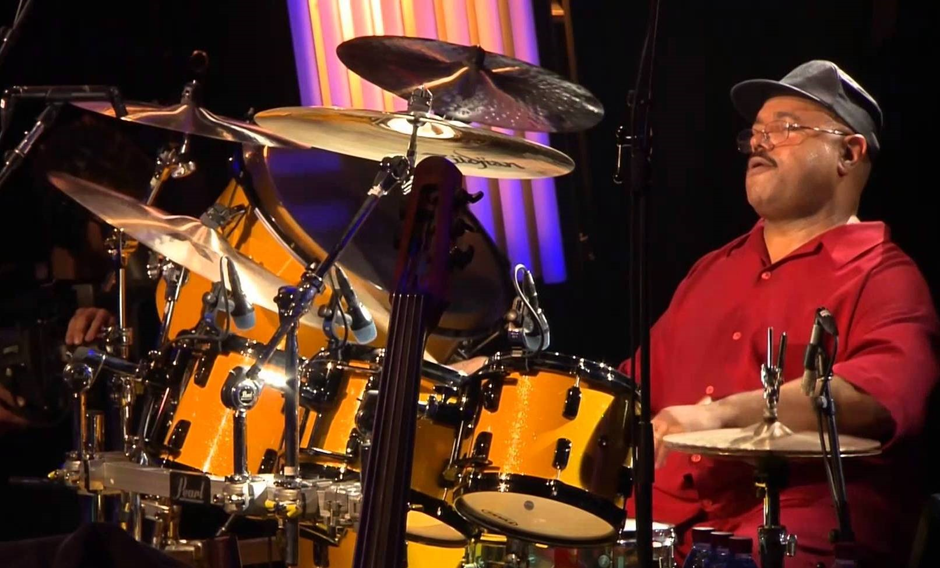 Dennis Chambers is a legendary, well respected American drummer who has recorded and performed with artists such as Santana, Steely Dan, Parliament/Funkadelic, John Scofield, Carl Filipiak, John McLaughlin, Niacin, Mike Stern, and many others. Dennis is mostly known for his ability to perform with impeccable and funky timing in whatever style he’s called upon to play, as well as his incredible, fast chops. He can play in a wide variety of musical genres, but is perhaps most notable for his jazz-fusion, funk, and Latin music playing.

Chambers has cited his major influences and favorite drummers to include the likes of Clyde Stubblefield, Al Jackson Jr., Steve Gadd, Vinnie Colaiuta, Gary Husband, Jack Dejohnette, Billy Cobham, Buddy Rich, Elvin Jones, Roy Haynes, and Tony Williams. As a mentor himself, Dennis has given numerous drum clinics throughout his career and has helped many young drummers, the most prominent being Tony Royster, Jr.

Chambers began playing the drums at the age of four and was gigging in Baltimore-area nightclubs by the age of six. In 1978, at the age of eighteen, Dennis joined Parliament/Funkadelic (aka PFunk), and stayed with the group for over six years. During his time, in 1981, he was recruited by the Sugar Hill Label to be their “house drummer,” and ended up playing on many Sugar Hill releases including, “Rapper’s Delight.”  In 1986, after leaving Parliament/Funkadelic, Chambers joined the John Scofield band — performing, touring and recording several albums with the group. Since that time, Dennis has played with most of the major figures in jazz fusion music.

Despite a lack of formal training, Chambers has become well known among drummers for his technique, speed, and his ability to play “in the pocket” while also stretching very far outside. His playing style is powerful and technically proficient while remaining highly musical and groove-oriented. Chambers is also known for being able to play in a wide variety of musical genres, but is perhaps most notable for his jazz-fusion, funk, and Latin music playing.

On August 26, 2011 Chambers appeared as a featured drummer on the Late Show with David Letterman’s Drum Solo Week II, alongside other such notable players as Tony Royster, Jr., Gavin Harrison, Neil Peart and Stewart Copeland.

In July 2014, Chambers experienced some medical issues — a perforated lining to his esophagus — which kept him out of the music scene for a number of months.