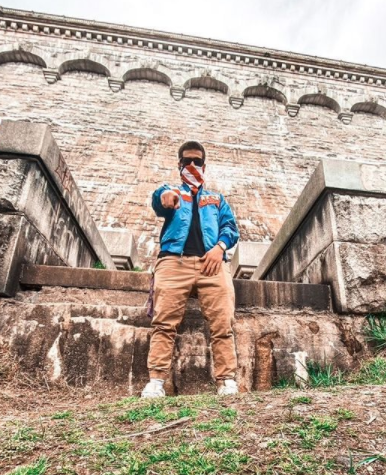 Growing up in Westchester, New York Matt Kolesar has grown up in an area with heavy rap and hip-hop music influence. Pulling inspiration from some of the greatest to ever do it, Matt has learned the game from the inside out and is taking an intentional approach to the way he pushes his career to the masses. There’s a lot that goes into being a hip hop artist, but Matt Kolesar is ready for the challenge ahead.

Taking everything one step at a time, Matt Kolesar is going about his career in the right fashion. Too many times in the world today we see artists either way over doing it before they’re legit, or not pushing it hard enough, but Matt has found the perfect balance. He depicts himself in a way that is connectible to the audience but leaves a vagueness and element of the unknown that keep his fans coming back for more.

Captivating his fans’ attention and having them fiending for more is a major advantage for this up-and-coming artist, as it is rare for someone in the early part of their career to be at a secure level. Oftentimes we see artists struggle due to the sheer volume that they are expected to push out in a short period of time, but in Matt’s case he has built something stronger than that. Regardless of when he drops his fans have always been there, and that’s how you know he’s doing it right.

Looking to take his career up a notch, Matt Kolesar has great momentum going to do so. With the direction he is headed it is only a matter of time before you start to see his name pop up everywhere. Keep an eye on him as you’re not going to miss out on any more of the illustrious career Matt Kolesar has ahead of him.