Wednesday, 28 July 2021
You are here: Home Mohsen Avid, an Iranian rapper who has a strange anger in his singing style 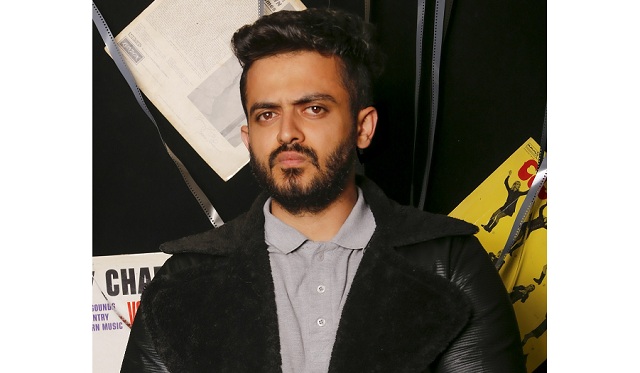 It is true that the rap song scratches the nerves of some people, but Mohsen Avid sings his song very softly and well with great speed, and in this work, he somehow reigns for himself. An interesting feature is that he has a strange anger in reading it and he really likes to inject the lyrics into your brain with an injection! He agrees.

Today we have an interview with Mohsen Avid, an Iranian rapper under thirty who has managed to find a lot of fans.

What are the problems of a rapper in Iran? Tell us about your personal experiences.

One of the problems is that I have to have two faces in society. Especially lately, when rap is rampant and unfortunately what we hear is very low level. For example, in the workplace, I do not like to say anything about this aspect of myself and no one knows.

If you say that you are a musician, first they say what instrument do you play and then when they understand that you are singing, they nod hesitantly and God forbid, if they find out that you have a relationship with rap, they say the ones who talk fast and say ugly things?

I myself am sometimes embarrassed to say rap. It does not have a good reputation and now it has reached a point where it is not possible to explain and argue, Mr. Rap, that this is not all. This is hip-hop. , I spent a lot of time justifying human beings; But now I just prefer to do this for people who have understanding. Which are few in number.

First of all, why do you prefer web chat to audio or video chat?

The main reason is that I am completely comfortable with writing. I also considered rap close to me because of the heavy aspect of his writing. I do not consider myself a musician. I may be just a novice writer. I’m more like writers than musicians in terms of not being comfortable with the camera and being famous in general. A written interview is also the best way to maintain my ideas and the way I go.

How old are you and when did you become interested in rap or hip-hop music?

Almost 27 years,. Hip-hop has been in my life for a long time; But I never thought I would read one day. A series of events led me this way and I saw that I was writing and saying and what a good way to speak my heart out.

I do not consider myself a rapper. Lifestyle hip-hop. If I say rapper, I will soon be summed up in that lifestyle and everyone will come up with an image of me that is not true. My lifestyle is a collection of different movements and beliefs that are the result of the crises and years of search that most people have at certain ages.

I am very interested in Persian rap and I try to spread Persian rap by bringing a new style with the help of friends. We started working professionally at the age of 12.