Wednesday, 28 July 2021
You are here: Home High school basketball player Cameron Mercadel is goaling in on a successful career 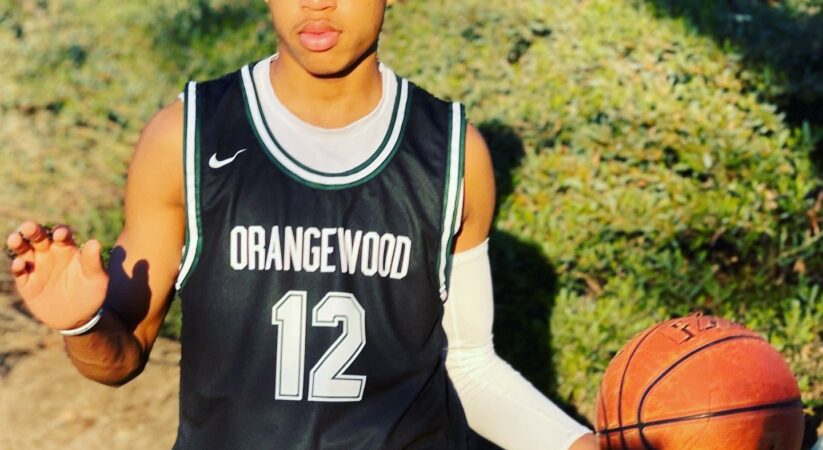 Cameron Mercadel is a high school athlete with a passion for life both on and off-court. He is a ninth-grader at Orangewood Academy High School from Lake Forest, California, USA. One might say he was born for basketball because Cameron already has a height of 5 foot 11 inches at just the young age of 15. Cameron, who is set to graduate in 3 years, has a goal of playing basketball as a college-goer and maybe even play professionally after that.

For any young child, their parents are a huge part of their upbringing. It was the same for Cameron. When Cameron first started to show interest in the game, his parents, who had also been a huge deal in the sports industry during their youth, were altogether too delighted. Everything that the young basketball player is today is because of the unconditional love and support that his parents have given him through this journey. Cameron’s father, in particular, has been an integral part of the success they have achieved today. Not only is he an inspiration to the young boy, but he is also Cameron’s very first coach. Even today, after having been in the basketball industry for so many years and having tried out so many coaches, Cameron still prefers his father’s teaching methods over any other.

Cameron is a boy of faith, and he believes that every decision he takes and everything that he has received is because he has the blessings of his personal Lord and Savior, Jesus Christ, along with him. His father is also a religious man and has taught Cameron never to lose hope when he fails because it is just a test of God, a test that will make Cameron stronger and better afterward.

Just because a huge part of Cameron’s life is spent dribbling the ball, it doesn’t mean that he is not focused on his studies. Cameron has been managing both aspects of his life quite well and is very sincere in his academic pursuits. From having played basketball for so long, Cameron knows that to get better and reach higher goals, one’s foundation must be very strong. So, he makes sure to pay attention in class and do well on all his tests to go to a good college and ensure himself a brilliant education.

Nowadays, Cameron is at a level where he is not only prepared to play a good game, but he is prepared to win. His skill and dedication to the game and a constant positive attitude wow many people and inspire his fellow teammates. For his exemplary performance, Cameron has also been featured in the sports documentary called “No Days Off,” which has garnered over 1.5 million views on YouTube.