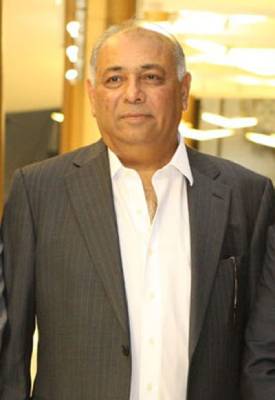 Mr Muhammad Tahir Lakhani is the Chairman and MD of (DTA) Dubai Trading Agency LLC, Dubai, UAE. He is a well-known and leading businessman who owns Dubai Trading Company, but he is a British citizen. He is a successful global leader and is well regarded for his ship recycling operation. In Karachi, Pakistan, he was born on April 27, 1962, in a rich and wealthy family. Since his teenage days, he was a sportsperson, and he was excellent at tennis. He played tennis for his country in international matches. He also participated in Junior Wimbledon.

Tahir Lakhani represented the UAE at the UAE Shipping Association as Vice Chairman until 2019. The UAE has come out as the leading maritime trading and logistics hub all thanks to his efforts. He also held the first Green Recycling Conference in Dubai by joining hands with a global naval publication leader, Tradewinds.

Mr Tahir Lakhani’s father was also a businessman, and he was born to do business. He learned trading from the very beginning, and he ventured into a ship recycling business. In his early years, he worked on the vessels for the experience. Steel plates were used to be transferred under his supervision for three years. He has experience in removing and selling the plates from containers directly to the traders.

Muhammad Tahir Lakhani shifted to Dubai in 1985 to expand his horizons and go beyond the boundaries. He became successful in shaping up his dream in the ship recycling business. He became the first cash buyer of vessels in this era. He had the recycling yards where he bought and sold ships in the UAE.

He even closed the biggest ship demolition deal in the UAE by acquiring 3 VLCC’s Adriatic Tankers in 1996 overseas and sold them to breakers in Pakistan. Later this year in 1997, Mr Lakhani became the top entrepreneur and ‘cash buyer’ by cracking over 100 vessels’ deals every year worldwide. In 2009, he became a British citizen, and he still focused on expanding his horizon in Dubai.

He shifted to the UK with family in the year 1999 but only to grow his business. He always wanted to make his company global, and he successfully promoted his business globally. He has always promoted Dubai globally and helped the shipping industry to grow. His efforts and risk-taking abilities made him a successful entrepreneur in shipping globally.