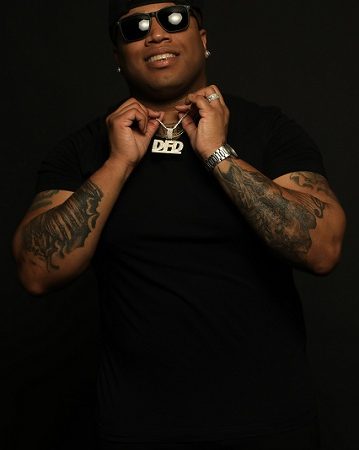 People worldwide have embraced music as therapy. It is an art form that holds tremendous healing power and potential and is considered a healthy way to recover from serious injuries. By fusing the mind and body with the positivity of music, people find productive ways to heal and move forward with their lives. Experts claim that music is a healthy way to cope with issues when people need it the most. Shane Foster, who has overcome PTSD and a traumatic brain injury, understands this better than most.

Shane Foster, now a music mogul, had an impressive career in the US Army as a Paratrooper with the 82nd Airborne division. Shane served his country at home and abroad and returned as a decorated war veteran, he was even awarded the Combat Action Badge for his service. With service came sacrifice, as Shane left the military to deal with a traumatic brain injury and PTSD. This was incredibly difficult for Shane, who is well-known for being a hardworking and dedicated soldier. “It was hard at first,” explained Shane. “The Army was my job, it was my career, and then all of a sudden, the road ahead became uncertain.”

Shane refused to let his injuries define him, and soon he reconnected with his love of music. “Playing music has always been a part of my life,” Shane states. After going through extensive cognitive therapy for his injuries, Shane found his calling in music. He soon set his focus on the entertainment industry. Shane says. “Music is my true passion. It’s always been there for me to lean on in my life, so I am dedicated to supporting passionate artists.”

Shane not only found his calling but was able to transition into an entirely new career effortlessly. Due to his passion for music and expertise in marketing, Shane co-founded his own production company DFD Music with Christopher Davis, aka “Davis Chris.” Shane has also worked with famous artists such as Beat King, Yo Gotti, Moneybagg Yo, Bossie Bad Azz and many more. Along with Davis Chris, he released his widely popular album “American Ressurection” and both are credited with the theme song of a major motion picture.

From organizing multi-city tours to producing music to directing and marketing, Shane does it all . “Everything we do is 100% independent, and to-date, the projects I have been a part of have charted on Billboard six times.” Shane’s career accolades sure are impressive, but you can tell it’s a combination of passion and gratitude that kept him moving forward. “Every artist that has trusted me with their vision has given me a second chance at a new career,” states Shane. “I know what it’s like to rebuild a life,” he explains. “Now, I bring that same energy and power to our projects.”