Tuesday, 18 May 2021
You are here: Home Parler to relaunch on Apple’s App Store one week from now 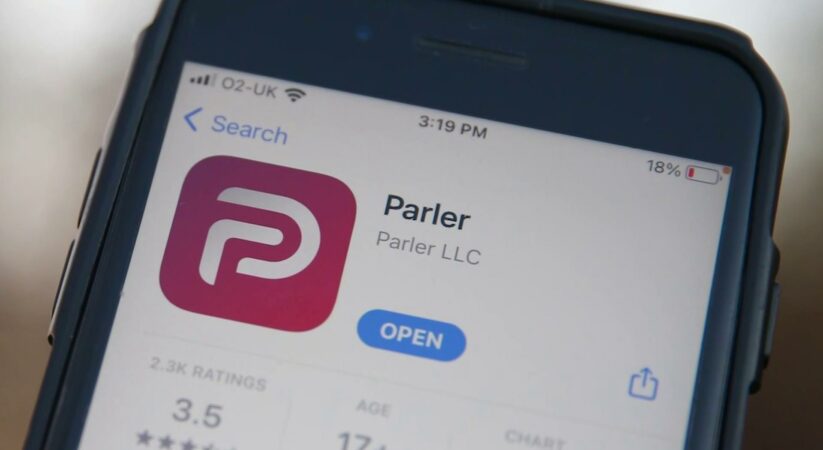 The troubled social network Parler is scheduled to return on iOS on the week of April 26th, following its re-acceptance into Apple’s App Store recently. Nonetheless, the iOS application will block some content that is accessible on the Android and web versions of Parler — a compromise that clearly fulfills Apple’s developer rules.

Parler reported the news in an official statement. Interim CEO Mark Meckler said the organization had “worked to put in place systems that will better detect unlawful speech and allow users to filter content undesirable to them, while maintaining our strict prohibition against content moderation based on viewpoint.”

Apple reaccepted Parler following a months-long ban under tension from officials, two days before a hearing on Apple’s App Store policies. The organization said Parler — which advances itself as a less rigorously directed option in contrast to Facebook or Twitter — had engaged in “substantial conversations” with Apple, bringing about a set of proposed changes that would meet Apple’s content policy.

As per Parler’s press release, that includes filtering some content for iOS. “While the App Store version of Parler will prohibit some posts that Parler allows, those posts will still remain visible on the web-based and Android versions of Parler,” the release notes. Parler didn’t expound on what sorts of content that would incorporate, however Apple extensively requires a system for filtering “objectionable” material posted by clients.

Apple, Google, and Amazon all prohibited Parler after the January 6th attack on the US Capitol, saying Parler had failed to police violent threats and derisive content. Parler sued Amazon, which it had worked with for web hosting, yet the suit has so far fared inadequately in court. Google has kept on banning Parler from its Play Store, however clients can install the application straightforwardly on Android — making the boycott undeniably to a lesser extent an obligation.