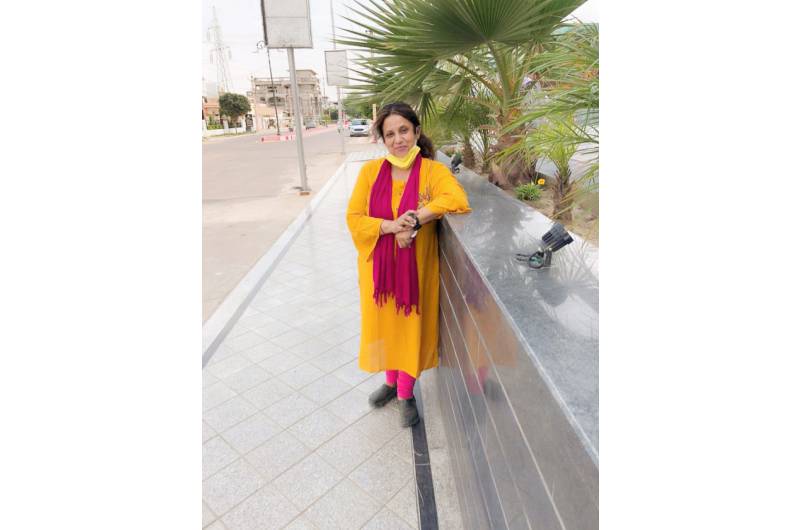 Passion into profession- Ms.Bindu Sarda and the Catvenus Production house

Not everyone in this world has the strength and confidence to leave their well paying jobs and follow what they love to do. Not everyone has the metal to follow their passion and earn money from it. But this 51 years old lady has proved everyone wrong.   Ms. Bindu Sarda is a former high court advocate but now an aspiring entrepreneur of Catvenus Production. Ms. Bindu Sarda completed her schooling from Seventh Day Adventist school (ICSE Board). She then pursued BSC from SD college, MSC from MD college, Ajmer University. Furthermore she did her LLB from SD college, PG Diploma in Forensic Science from Bikaner University, FingerPrint and Handwriting expert from Bikaner University and PG Diploma in Labour Law, Welfare Management (DLL) also from Bikaner University. Ms. Bindu Sarda studied direction and script writing from Monttage Film and TV Academy, Mumbai.

Her adamant resolution to follow her passion for cinema and become a  famous producer gave her the fuel to start the Catvenus Production House. Ms.Bindu Sarda made sure that her production house is the centre of rendering idiosyncratic and distinctive content for the entertainment of the audience. She began her career in the cinema world as an assistant director under FTII Alumni Director in Mumbai. After she completed  her education in Filmmaking, she worked under other directors to  acquire some practical experience of working in a few projects, she decided to begin her own venture in the cinema business to showcase her true potential and also extend break-through opportunities to other talented and skillful artists.

The study and work in the direction and script writing field gave her vision and prospective to make different and numerous characters based on any story’s screenplay. She is extremely particular and specific with the details and perfection of her work. Ms.Bindu Sarada likes to intricately write down all her characters so that the audience can personally establish a connection with the characters and the story . Her stories are meant to be captivating and engaging.2018 was the year of major learning for her. After completing her studies she gained professional work experience by assisting in numerous  filmmaking projects like –

Shadow Self in 2018 by Atanu Biswas and A Little Love Story in 2018. Working on these projects gave Ms.Bindu Sarda the experience which is  necessary to excel and mark your position in the field of film making or as it is said in show business.

Creating short films were the opportunities in which Miss. Bindu Sarda encountered the qualities which are proposed to be essential to work on large projects on her own, and without wasting much time, she ventured into starting Catvenus Production. She put in all the knowledge she had of filmmaking in creating her dream production house, the Catvenus Production House.

Catvenus Production aims to produce out of the box, captivating and excellent content for the entertainment industry via the Indian Web Series in 2021. Some of the projects that will highlight the production of housework in 2021 are Haqiqat and Old Friend. These projects are supposed to be the commencement of the bright future of Catvenus Production.

The web series Haqiqat is a fascinating story written by a young and budding director and screenwriter Mr.Akhil Ashokan. Akhil has hitherto clearly marked his spot in the industry with this creative and alluring work. His wide array of work include short films to web series, from screenwriting to copywriting, he has done it all and has left a mark on industry standards. His work includes 10+ Short films, 2 Web-Series  5-7 documentary films 14 ad films and Screenwriting experience –  25+ copywriting, Creative writing, commercial events & screenplay’s for Rent film (2020), Pashtava (short film French film adaption) , Slate (short film) 2:30am (feature film) & Boat house as a screenwriter.

With the power of an amazing and determined founder who made a leap in her journey from being a high court advocate to an aspiring producer and with the vast variety of new content Catvenus Productions has a long and successful way to lead. The shows created by Ms.Bindu Sarda  promise to amaze the viewers with its distinctive and entertaining content and much more.

Ms. Bindu Sarda is a classic example of people who turn their passion into professions. She is an exceptional inspiration for today’s youth to learn to be fearless and always follow your passion to lead a happy and prosperous life. Ms.Bidnu Sarda has proved to be a role model figure for thousands of people and also her production house has offered work to many talented and hardworking people.