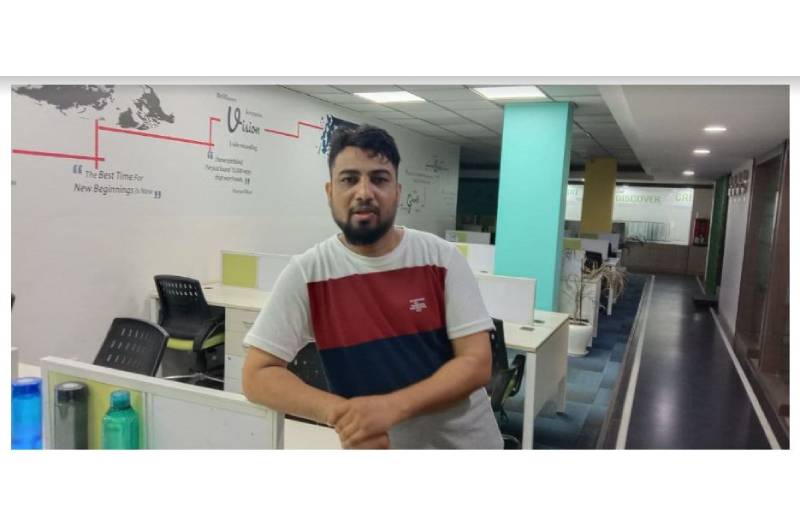 “Look around yourself, if you spot a problem being faced by people and solving that problem is within your area of expertise, go ahead and find a plausible solution, the journey of cracking that problem will lead you to success” , Mo Akram, Founder, Payiza involved in an engaging interview with Startup story.

Having started off his career as a tech genius Akram came all the way from tutoring kids with computer lessons to developing a very futuristic and fundamental app. Payiza, as he defines it to the Startup story interviewer is a platform that is an amalgamation of Unified payments interface (upi), domestic money transfer and
using Distributed Ledger Technology ( DLT).

PAYIZA, THE FUTURE OF MONEY AND ASSETS TRANSFER SIMPLIFIED
Akram while on the interview with Startup story began with telling us about his journey of creating Payiza, A digital wallet that supports crypto assets. He was running an IT company in the past and working closely with Eko India financial services creating domestic money transfer in India however, post demonetisation the project did not turn out to be a huge success. Nonetheless, he kept working and then worked for an Australian company creating an open source block chain for them. Gradually, the company became one of their biggest supporters.

While, people are still claiming to work on this, he and his team has already accomplished doing it, Mo Akram told Startup Story that ‘this is the future’, continuing he said ‘we have created a block chain based banking platform that uses DLT to save the data’ and the reason he claims this to be the future is because this basis will be used by banks in foreseeable future. Using his platform one can use cryptocurrency that may be stored in the backend, which is usually not possible

considering the fact that these exchanges are traceable making it difficult for daily use. The platform he has created in the form of Payiza app is ready to take the market by a sway because it is user-friendly and accessible, breaking down the complex process of using crypto currency.

What makes them stand out is the fact that they have been solving the problem people have been facing since ages while transferring money the deductible fee will now be eliminated from their platform so the money transferred by masses will be recovered in full with a slight nominal fee. It will also be extremely easy to send money overseas using his app as they have tied bonds with 138 countries overall and will be expanding soon. Mo Akram is on the way to reaching the pinnacle of his success despite dropping out of college he is set out to achieve the impossible like a
prodigy.

THE TEAM
Mo Akram says he has been very lucky and feels blessed while expressing his gratitude to having a great team by his side. He told Startup story that he had been working with some great people and overall they are a team of forty as of now and it is incredible to have such a persevering and dedicated team, there are some people who are really close his heart and have worked closely with him through thick and thin among these are his co-founder, Bibin Babu, Ajay Yadav and Gaurav Gangwar Some of his team members have been with him for over the course of 12 years and share the same passion as he does.

CHALLENGES FACED
When asked about the challenges faced by Mo Akram and his team on his journey of creating the platform, with a hint of fervour in his voice he revealed that it took almost everything he had in building the platform be it terms of finances or hard work that had been put in. He said that he and the team had worked non-stop for over eighteen hours and that was the kind of dedication they had for the development of an idea that now had come out in the shape of an incredible platform with a futuristic approach and will possibly be even more successful in the coming years.

FUTURE PLANS AND GOALS
As far as the future plans and goals for Payiza are concerned Akram has to say that they have pretty much developed and completed the project and since the nitty-gritty was over they are now focussing on marketing their product. They had already convinced investors in India and Dubai who will be investing in their project. But, there is still a lot of work to be put in, since there are 138 countries that will be covered including UK, Australia, Kenya, etc. enabling them to go global they will be needing funding and marketers so the project is backed with proper resources to go big. They will be establishing companies in individual countries linking it to their Individual property.

However, they have a well-planned structure and to boost up their marketing plans they have been designing offers and coupons for their users and to lure in customers.

FEEDBACK AND TARGET CUSTOMER SEGMENT
Mo Akram was very proud to reveal that he has never received a negative comment or invalidated the attempt as far as his project was concerned; they had been very lucky to impress most of the people who were in complete awe of his platform. He says ‘as far as I remember I have never been unmotivated’ and recalling an incident where he only had fifteen minutes to impress an important person but ended up conversing with him for over three hours because his guest was so caught up in the conversation and extremely interested in his platform.

Mo Akram says that they have a wide customer base to target so they will be covering people who are comfortable using money transfer apps, are crypto friendly and people who transfer money overseas on a regular basis. They as a platform are providing an easy, secure and quick way to transfer money with nominal charges. In the later stage they shall be covering the corporate sector as well but for now the first step is confined to the above mentioned customer base.

How Independent Artist Em Nacirema Made A Come Up In Music