Kevin De Bruyne has said it isn’t unlike for Pep Guardiola to unveil a shock to his players after the Manchester City coach left Raheem Sterling, Sergio Aguero and David Silva out of his beginning XI to confront Real Madrid in the Champions League.

City fought against eminent loss to beat 10-man Real Madrid 2-1 in the first leg of the teams’ round-of-16 tie on Wednesday, with Guardiola additionally employing a new formation with an end goal to acquire triumph.

Striker Gabriel Jesus, who netted the equalizer on 78 minutes after Isco’s goal for Madrid on the hour mark, began the match on the left-wing, while De Bruyne spent times of the game up front alongside usual midfield partner Bernardo Silva. Aguero, Sterling and David Silva all began the bench at the Bernabeu.

“In four years with Pep, he sometimes surprises,” De Bruyne said. “Sometimes players aren’t told until the game what we need to do.”

The City captain helped Jesus’ equalizer before giving the victor from the penalty spot on 83 minutes, minutes before Madrid captain Sergio Ramos has demonstrated a straight red – the 26th of his career at the club.

“There were some good and some lesser moments,” De Bruyne said. “In a quality game like this, you’ll struggle sometimes.

“It’s a very good start. We struggled in the first 15 minutes, but you have to go through the storm.

“It was even the first half. We started the second half well. Their goal came at a bad moment for us — we were dominating.

“Our response was brilliant. It was a beautiful goal from Gabriel Jesus.”

Madrid travel to Manchester for the second leg on March 17.

“We’re only halfway there,” De Bruyne said. “We have an important game at home in three weeks. Now we have to recover for Sunday’s final [in the Carabao Cup against Aston Villa].” 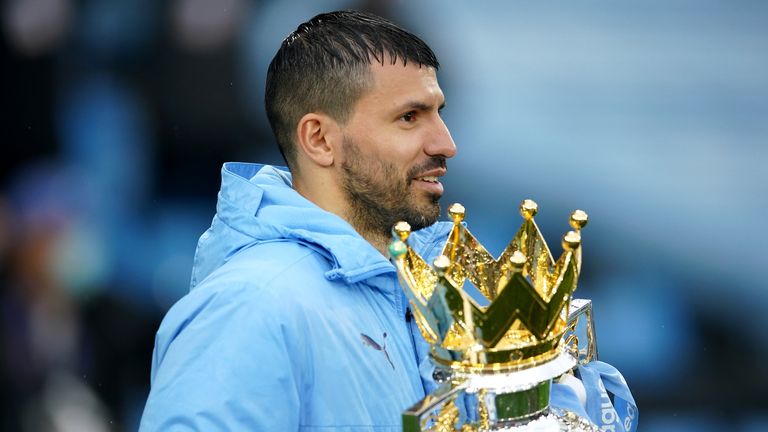