Tuesday, 18 May 2021
You are here: Home Planners previously planning for traffic Apple hub will add to area streets 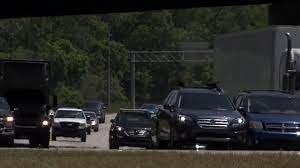 Apple’s transition to the Triangle implies an influx of individuals, cash – and traffic.

“It’s a safe bet that we need to continue to make some critical investments in transportation and mobility,” Joe Milazzo, executive director of the Regional Transportation Alliance, said Tuesday.

Significant projects are now in progress, for example, expanding N.C. Roadway 540 toll road across southern Wake County. The section associating Holly Springs to Garner ought to be done in 2023 – a similar time Apple shows up. Upgrades to Capital Boulevard and U.S. Highways 64 and 70 additionally are in progress.

A few methodologies will be expected to facilitate the potential traffic congestion, Milazzo said, for example, bus rapid transit, which joins dedicated lanes for buses and priority at traffic lights to speed riders on their commutes.

“Right now, you might look around and say, ‘I don’t see any miles of this bus rapid transit that I thought was coming.’ That’s fair, but in less than 10 years, this region is going to have 55 miles of bus rapid transit in Wake, Durham, Orange and Johnston counties,” he said.

Authorities are additionally returning to building a light rail system, which was rejected in 2019, on the off chance that it proves to be cost-effective.

“I think we’re very close to it becoming a reality. We’ll just have to see how the study pans out and let folks make their decision next year,” said Charles Lattuca, president and chief executive of GoTriangle.

“We need to continue to be flexible with the approaches we are looking at or solutions [and] pivot if something comes up,” he said. “We need to do something different.”