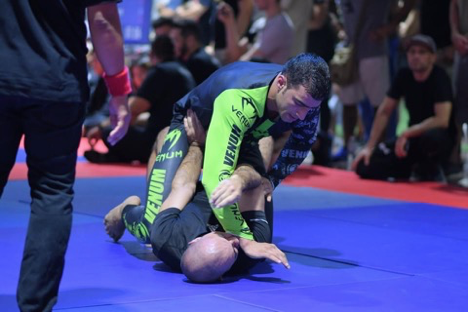 Reza Goodary: There are only three ways to success, training, training and training.

Reza Goodary, the champion of karate, said: It is not fair that I raised my country’s flag in the biggest martial art events of the world so I can be blamed by those around me.

Reza Goodary A fighter of light heavyweight and lightweight Venum, which is mostly featured in leading Asian publications as the only Iranian with a title in karate, muay thai and Jujitsu, He was deeply moved by the jealousies and pessimism of those around him: In order to reach my goals, I sacrificed years away from home. On the advice of my coach Hamid Soltani, I followed the rule of training, training and more training to achieve my goals.

During the last 6 years living in Thailand, I could only come to Iran twice. The first time was due to the International Karate Tournament in Iran and the second time was because my mother passed away. There was no greater pain than not being with her at the time of her death, and I still grieve for the lost days. It is not fair to fight with all my heart to make my fans happy at the biggest martial arts events in the world, but to be blamed by those around me.

After completing his military service in the army, he immigrated to East Asia to study martial arts. “Unfortunately, some people are looking for a hassle-free result and want to go the way of several years overnight,” he said. It is not right to step on others to reach your goals. Living away from home has its own hardships.