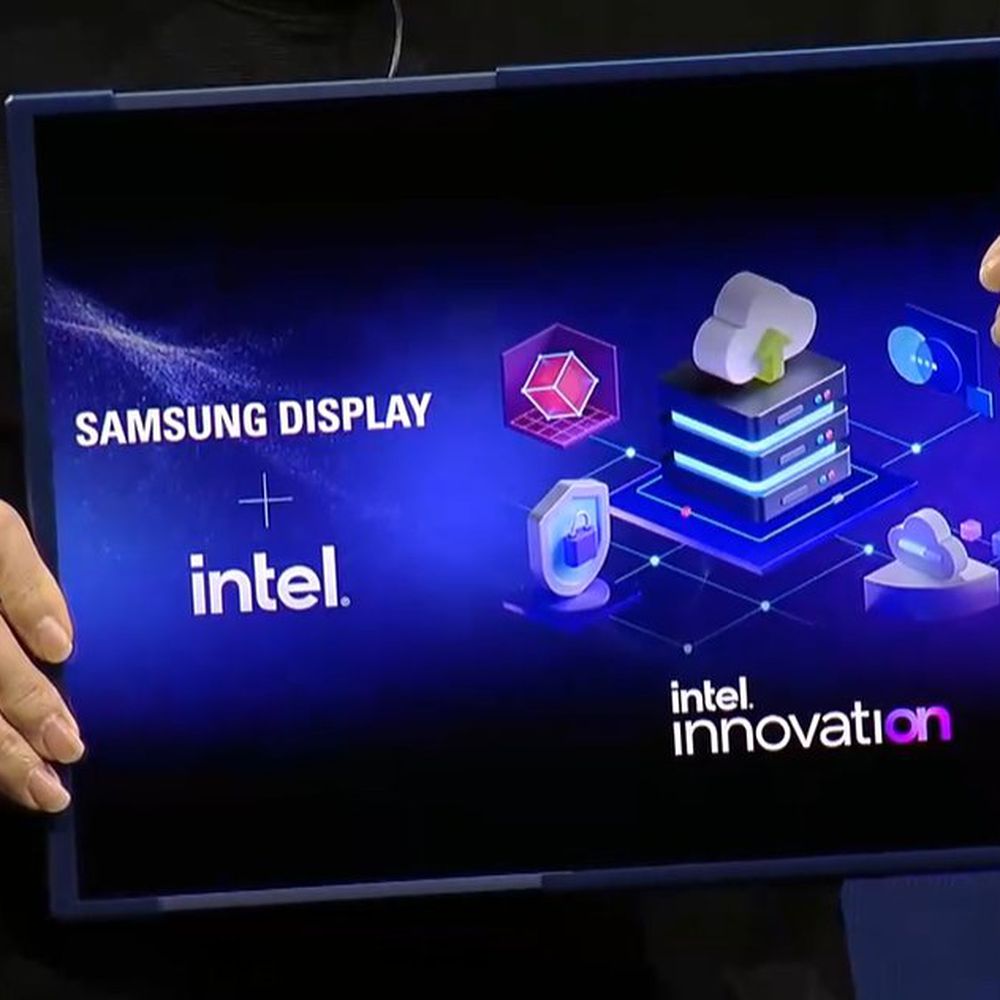 Samsung Display and Intel are working on “slidable” PCs. During Intel’s Innovation keynote today, Samsung Display CEO JS Choi showed up in front of an audience to flaunt a prototype PC that slides from a 13-inch tablet into a 17-inch display.

“We’re announcing the world’s first 17-inch slidable display for PCs,” said Choi. “This device will satisfy various needs for a larger screen and portability as well.” Samsung Display has chosen to implement a sliding (rather than foldable) technology for its flexible PC displays, and Choi appeared to indicate that “foldable is gone” on PCs for now.

Intel has been experimenting with new PC form factors for years and was at first getting ready for a dual-screen and foldable future before Microsoft dropped its plans for Windows 10X on foldables. These sorts of new form factors frantically need the software and apps to make them shine, and it’s not satisfactory yet the way that Intel will make slidable PCs a reality.

The prototype gadget that Samsung Display and Intel have flaunted today basically transforms a 13-inch tablet into a 17-inch monitor with an adaptable display and a sliding mechanism. Intel was quick to show its new Unison software on this display, which intends to interface Intel-powered computers to cell phones — including iPhones.

The slidable PC itself is only an idea for the present, and there’s no word from Intel or Samsung Display on when it will become a reality.

Tyler Boswel’s (@tylertheappcreator) business and mentorship stand unique in the markets & nbsp; because of their promising nature.