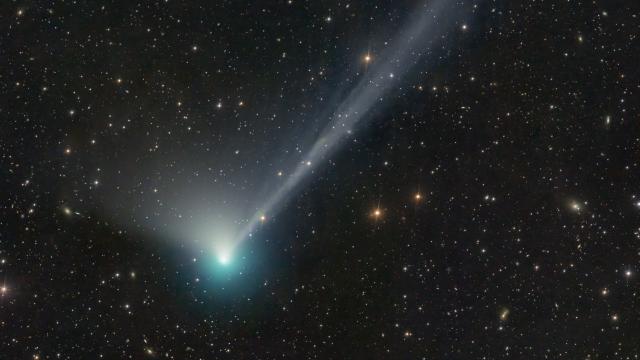 This month, a green comet that was discovered in March will come the closest to Earth.

It was already within Jupiter’s orbiter.

NASA reports that it has since significantly increased in brightness and is now sweeping across the northern constellation Corona Borealis in the early morning sky.

Despite the fact that an image from December reveals its bright coma, short broad dust tail, and faint ion tail, the agency notes that it is still too dim to see without a telescope.

According to NASA, the brightness of comets is erratic, but by then, C/2022 E3 (ZTF) may only be barely visible in the night sky.

In comparison to Comet NEOWISE in 2020, this comet isn’t expected to be quite as spectacular.

NASA’s Jet Propulsion Laboratory says that it has been in its current orbit for about 50,000 years, which means that Neanderthals used to live on Earth.