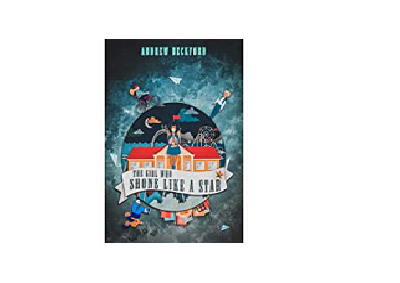 I briskly walked through the door adjoining the Principal’s office. I did not even notice the sign at the door that read “staff members only”, as I walked on the blue carpet passing the curriculum manager’s office parallel to the Principal’s office. I knocked on the door. “Come in!” she answered. It was Mrs. M. Dixon, a lovely statuesque lady who spoke with a strong Irish accent. She was a no-nonsense person and both students and staff members feared her.

“How did you get in here without a teacher by your side, Brittany?” she asked as she glared down at me. I paid no attention to her stern chastisement; I was shocked that she knew my name. I was out of breath, running for my life, so I had to hold my breath for a second or two before answering.

“There is a big fight, Mrs. Dixon, and I did not want to be a part of it. I wanted to get someone to come and help Mr. Grant, so I had to come to you; sorry for breaking the rules.” I apologised. “Well, madam, a bit too late for that apology and where is that fight?

Before I could answer her question, I heard the door behind me creak open. Chantelle rushed in panting and gasping for air. She ran right toward Mrs. Dixon and I trying to speak but unable to catch her breath. A second or two later, the door swung open and again Mr. Grant, holding Levi and Dimitri by their collars, came rushing in. I was suddenly terrified about what would happen next. I felt as if I had seen a ghost, and I saw stars. Suddenly the roof was turning, and I was gasping for air. My chest felt tight. I could not figure out what this situation was affecting my health. I felt panicked like I needed to get out of there. I staggered to the door hoping to get out of the room. I held on to my throat as I felt as if my lungs were closing up on me. I caught a glimpse of everyone else watching me. I think, at least for a moment, they all thought that I was being dramatic until I ultimately collapsed on the floor. I vividly remembered seeing Chantelle who was standing just a few inches away from where I fell. She looked fearfully at me like she was seeing a helping fish out of the water seeking oxygen

“Call the ambulance; get her into the recovery position!

Get your copy now.
Visit Amazon and order your copy of The Girl Who Shone Like A Star.

Andrew Beckford is a teacher and the author of four books. He is curently working on his fifth book and he is hoping to release that book in the next 4 weeks. His next book will be different and that is all he wishes to say.

Matt Lorion discusses the risks and sacrifices of business

So who were the real winners of the GameStop Stock Frenzy?