Tuesday, 18 May 2021
You are here: Home The solution to the Rong Token about synthetic asset 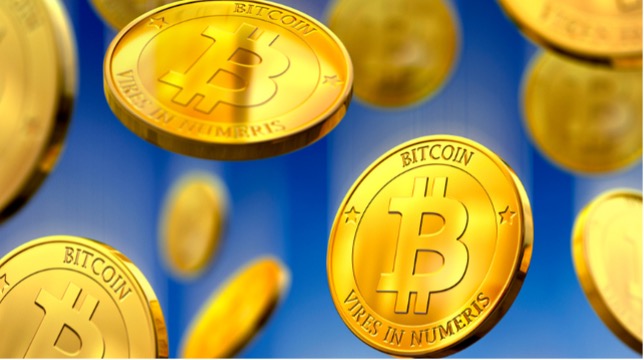 Synthetic Asset is a very important track in DeFi, and Synthetix based on Ethernet Square is a representative project of the track. However, not many can introduce U.S. stocks into DeFi among many synthetic asset projects. For example, Mirror Protocol, which was launched in December last year, and Tesla’s stock tokens, which were opened in Binance this year, also have users grafting on the U.S. stock market. Capturing the value of the stock market in the traditional financial circle will next become an important track for the rebirth of encrypted assets. Rong Token is based on the combination of CDS public chain ecology and technology foundation, and will soon open a comprehensive connection with traditional financial markets and their derivatives markets.

What is a synthetic asset?

In short, synthetic assets are equivalent to using a form of digital asset mortgage to cast and anchor any other valuable asset target, even non-asset type target, through a prediction machine to feed the price. Taking Synthetix as an example, it uses over-mortgage to cast encrypted assets, stocks, currencies, precious metals, and other types of assets in the form of ERC-20 tokens, thus introducing real assets into the blockchain world. At present, the DEFI market has developed a very rich ecology, with applications such as stable currency, lending, trading, and derivative quality control emerging one after another. As the most important track of DeFi, the synthetic asset project needs to attract more excellent assets to join it to bring more capital and flow to the DeFi field.

How can we enrich the assets in the DeFi field? Some projects focus on gold, silver, and other assets, others anchor legal tender, and the ecology of Rong Token will soon focus on U.S. stocks. The reason is that the market value of the entire encryption market has just exceeded 2,000 billion US dollars, which is the same as the market value of an Apple company. The sea of stars will open up if US stocks can be introduced into DeFi. Rong Token will create a token fusion of stock assets mapped to the U.S. stock market through prediction machines in a very short period in the future, and realize brand-new value capture based on its CDS public chain technology.

How to introduce U.S. stocks into the blockchain world?

There have been many attempts in the field of encrypted currency, but overall the results have been minimal. People saw new possibilities until the emergence of DeFi. It has unique advantages with the characteristics of DeFi agreement, such as no KYC, no access mechanism, and free circulation of assets in the chain. Therefore, a synthetic asset agreement has emerged in DeFi field. Rong token will solve this problem by using synthetic assets.

Solution to the Rong Token

One of Rong Token’s basket value ecology will be a composite asset agreement built on the CDS blockchain, which can track the prices of stocks, futures, exchange-traded funds, and other traditional financial assets, thus integrating the encrypted money market with the traditional financial market. The main introduction of U.S. stocks into DeFi can show the price of real-world assets through chain trading prices, thus making it easier for global retail investors to participate in the U.S. stock market. This greatly reduces the threshold for ordinary people to participate in the U.S. stock market, without holding the whole stock, without censorship, and without restrictions on trading.

In addition to U.S. stocks, the prices of futures, exchange-traded funds, traditional financial assets, and other assets can be tracked in the future, aiming to bring global assets into the blockchain.

All RASSET targets based on cds public chain must be voted by DAO governance to decide whether to support them or not. As a governance token, the currency holder will have the right to participate in DAO’s ecological governance.

It will also be used for mobile mining in addition to participating in voting on ecological governance. When the user destroys RASSETs to recover the underlying collateral, the holder will receive fee income. The corresponding fusion assets can only be cast through its US dollar-to-standard stable currency as excess mortgage (150 ~ 200%) as an application project under CDS ecology.

Introducing U.S. stock assets into the blockchain world not only introduces assets into the DeFi world but also does not require KYC certification for trading U.S. stocks and other RASSETs on the CDS blockchain, which also means lowering the threshold for many users to participate in U.S. stock trading. Also, the mortgage rate of synthetic assets in MIR is relatively low, which can also improve the use efficiency of user funds. For the entire encryption market, it not only expands the application boundary of DeFi, but also brings more users on the chain, which will be more conducive to pushing the blockchain into the vision of more mainstream people as soon as possible.