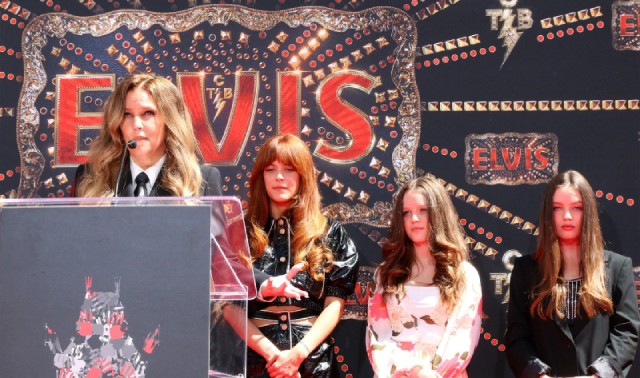 The three daughters of Lisa Marie Presley will inherit Graceland

In accordance with her wishes, Graceland will be given to Lisa Marie Presley’s three daughters.

A Graceland representative confirmed to People on Monday that Riley Keough, 33, and Harper and Finley Lockwood, 14, will benefit from the Memphis, Tenn., property that is held in trust.

In addition to the fact that Elvis died there in 1977, when his daughter Lisa Marie was nine years old, Elvis lived there as well.

Graceland was given to Lisa Marie, the only child of the King of Rock and Roll, as part of her inheritance in a trust that dissolved on Lisa Marie’s 25th birthday in 1993, making her the property’s sole owner.

Lisa Marie, on the other hand, decided to establish a new trust with her mother, 77-year-old Priscilla Presley, and the National Bank of Commerce in order to maintain the estate’s successful management. This trust is called the Elvis Presley Trust.

Through a variety of tours and overnight stays, the trustees decided to open Graceland to the public over time.

Lisa Marie insisted that the property stays in the family.

“Graceland was given to me and will always be mine,” she insisted in 2013. “And then passed to my children. It will never be sold.”

A public memorial service for the singer-songwriter will be held on Graceland’s front lawn on January 22 at 9 a.m., according to the Presley family’s announcement on Monday.
Family representatives previously stated that Lisa Marie would be buried there alongside her father and Benjamin Keough, who committed suicide in July 2020 at the age of 27.

After suffering a cardiac arrest at her home in Calabasas, California, on Thursday, Lisa Marie passed away at the age of 54. She was subsequently coded “multiple times” at West Hills Hospital and Medical Center.

Exclusively, insiders informed us that there did not appear to be any drugs on the scene.

From 1988 to 1994, Lisa Marie was married to Danny Keough, with whom she shared Riley and Benjamin.

She and Michael Lockwood, to whom she was married from 2006 to 2016, co-parented her twins.

When You Can File for Punitive Damages After a Car Accident