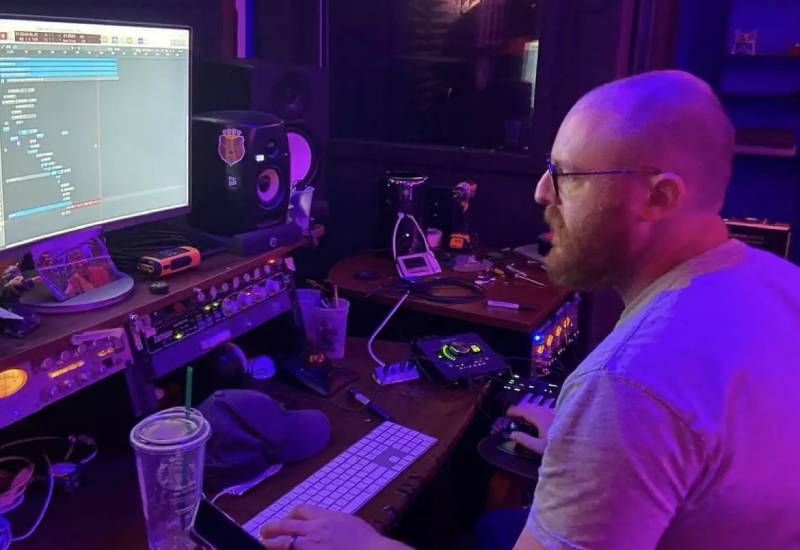 Wizard Lee Sets the Bar With “No Matter the Weather”

Lee Weinberg, aka Wizard Lee, has been generating tremendous momentum since the release of his latest project “No Matter the Weather.” This new body of work features a multitude of well-established artists and contains twenty-five songs generating a runtime of 1hr 6 min. In this album Wizard Lee shows off his universal skills as a producer by hitting multitude genres of music. He elegantly blends them all together in order to create a diverse soundtrack for all to enjoy. He has massive plans for this project which will contain a docu-series, and multiple music videos. You can check out the docu-series on Wizard Lee’s YouTube channel, where he will be dropping a new episode every Friday until its completion.

Wizard Lee carries an elite name throughout the music industry. He has worked with a plethora of stars in the past including YE, Akon, Tory Lanez, Anuel AA, and Young M.A. Wizard Lee earned himself his first gold record for his production work on “Gummo” by 6ix9ine and has since received multiple platinum records. He takes extraordinary pride in his work, but his biggest accomplishment is his ability to co-support alongside his wife too his two kids doing what he loves. When he is not in the studio producing platinum records, he directs all of his time and energy into his beautiful family.

Wizard Lee has been cultivating his craft as a producer ever since he was in high school. He discovered his passion for hip hop when his friend showed him “Moment of Truth” by Gangstarr. Wizard Lee intuitively knew at once that he wanted to dedicate his life to the art of production. He would go on to study sound recording in college in order to further his education, and when he graduated, he set up a recording studio in his apartment. As he expanded his skills, Wizard Lee went on to open up his own studio, Feet 1st Studios Tribeca, where he created timeless records.

In the future, Wizard Lee looks to continue to expand his outreach within the music industry by helping as many young up and coming artists as possible. His most recent body of work “No Matter the Weather” will once again establish his name as the most exquisite producer in all of music. You can listen to “No Matter the Weather” on Spotify, and be sure to follow his Instagram for all announcements regarding his latest project.

Pain and Passion : DaphoDILL Enlightens The World On Traumatized Music