An Interview Talk With J Meast: A Discussion About His Successful Life Journey

Today I am here to have a nice interview session with J Meast. Let’s see how interesting our talks can… 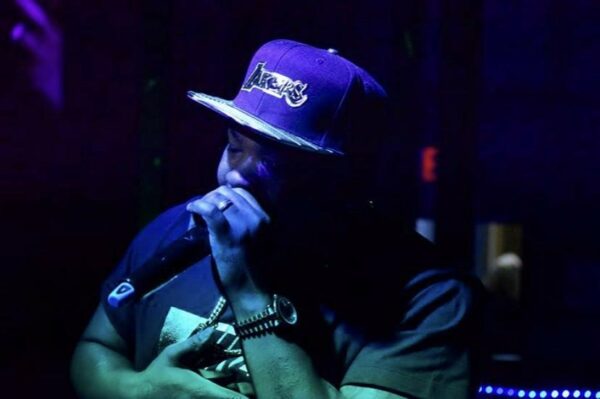 Today I am here to have a nice interview session with J Meast. Let’s see how interesting our talks can be.

Q. “Gula” was recently released. How did this single come together?

This song was inspired by a 90s themed tv showed titled Living Single. I use to watch that show every day when I was a kid and I happen to be watching it one night and I said man I got a beat wit this same sample in it it would be dope to flip this song into something more fast pace. I just basically wanted to have fun with the song and display my faster style of lyrical ability. I just knew the song was going to be dope especially when it came around to do the remix. I was able to get one of the biggest rappers from my city J Stalin on it and that was more or less because I’ve always wanted to work with him so it was just dope to make that happen. As a bonus track I also did a 3 mix and featured my brother Young Chop, J Stalin and Ybl Sinatra who is Bizzy Bones son, so that was super dope to put that together as well, all around I just had fun with the song it just happen to be my biggest song to date.

Q. Tell us more about your background and journey.

In 2006, I began to take music seriously. At my high school, I used to sell my mixtapes to all my classmates.

I wanted to make sure that my music was understood in a way that went beyond basic translation and left an effect on the listener from the start. It was not at all an easy journey.

I had shared the stage with Kurupt on his “Moon Rock” Tour, E-40 on his “Choices” Tour, Nappy Roots on their “Lost Travelers” Tour, Anonymous That Dude on his “Coffee and Kush” Tour. Also, YG on his “F Donald Trump” Tour and Mickey Avalon on his “Tears On My Tombstone” Tour were among the major artists with whom I had shared the stage. “All Hustle,” my first tour, took place in September of 2016.

I remember that I began posting videos and music on all digital platforms in 2010, and it’s been a never-ending effort to grow my fan base and create high-quality music for those who have supported me from the beginning; it’s been a long journey.

Q. When did you first decide you wanted to pursue music and how did you start?

At the age of 12, I knew I wanted to be a rapper. I’ve always liked rap and was influenced early on by the Cash Money Hot Boys and Lil Wayne. I started performing talent showcases when I was 12 years old in Oakland, California, as well as rap battles and random freestyle sessions. Basically, any opportunity to prove that I could rap, I would take it.

Q. Who is your favourite artist and why?

Oh! No need to think anything. My all-time favourite artists are 50 Cent and Bizzy Bone from Bone Thugs n Harmony.

Q. What satisfies the artist in you?

To be honest, I’m not content as an artist yet; I haven’t gotten to where I want to be. I recognize that there is still much work to be done, therefore I’m doing my best to get there.

Q. What piece of advice would you like to give to future and aspiring artists?

My advice to aspiring artists is that if you’re going to get into the rap game, be prepared to go through a lot of things. If you’re passionate about it, it’ll affect you emotionally, so make sure it’s mentally right for you before you jump in. If you’re truly passionate and serious about it, stick with it and make sure you have a budget because if you’re independent, you’ll have to invest a lot in yourself before you start to spit.

Q. What makes your music unique? And how would you describe it?

I try to put truth and emotion from true life experiences in my music. I would describe my music as real traditional country.