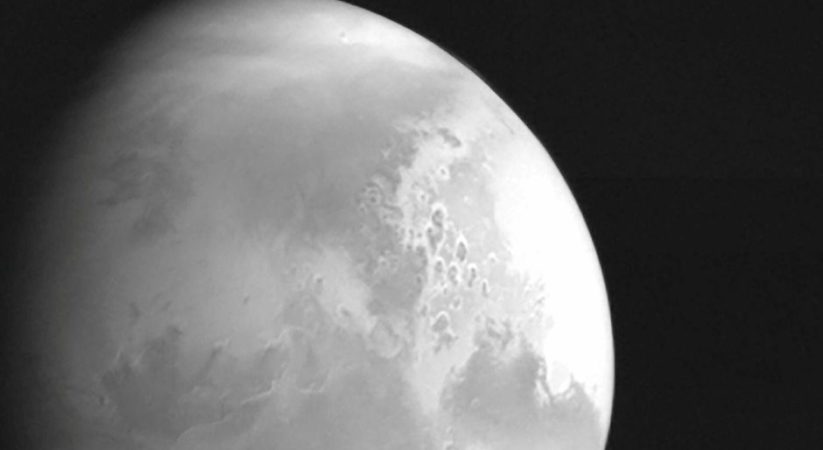 Three rocket missions are surrounding the red planet. China’s Tianwen-1 is one of them, and it as of now has an eye on its new home in the solar system. The Chinese National Space Agency released Tianwen-1’s first perspective on Mars on Friday.

CNSA portrayed the picture as “the first snapshot from the Chinese craft” in a statement, and said it was captured from about 1.4 million miles (2.2 million kilometers) away. The stark black and white photograph shows Mars against the dark backdrop of space.

The Chinese rocket has been making a few corrections to its trajectory to bring it conveniently into orbit on Feb. 10. The mission is comprised of an orbiter, a lander and a wanderer. It will spend some time traveling around Mars prior to endeavoring the frightening landing part of the mission.

Joining Tianwen-1 in orbit will be NASA’s Perseverance mission and the United Arab Emirate’s Hope probe. Arriving at orbit is serious for every one of them, however, NASA will focus on Feb. 18 when it attempts to land the Perseverance meanderer on the surface.

Tianwen-1’s snapshot of Mars is dramatic not only for its perspective on the red planet, yet for the expectations and objectives it represents.