Wednesday, 28 July 2021
You are here: Home GET TO KNOW SINGER HENRY COLIN WRIGHT WHO IS MAKING A BUSINESS OUT OF MUSIC WITH HIS MERCH CLOTHING RANGE 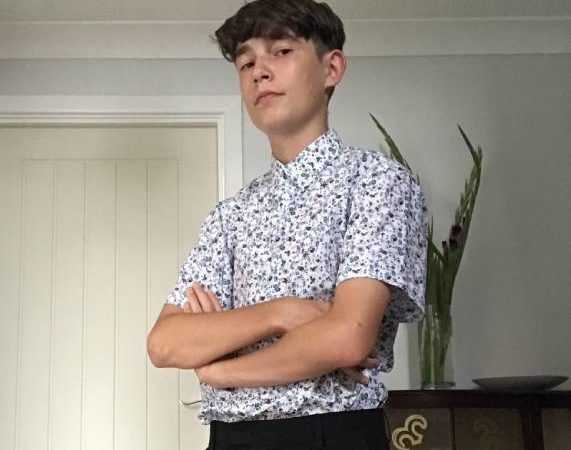 Pop Singer Henry Colin Wright swung by to chat about his latest release “Here for you”, his future in music, business and more!

Since first starting song writing back in 2018, singer Henry Colin Wright has been rising through the ranks of the music scene while taking listeners on a trip into the depths of the unknown. Carving his space in the music scene out of his home base in Essex in the UK, Henry has brought all of his unique influences and ideas together to create a signature sound we can’t get enough of.

Most recently, he showed off some of his best work yet with the release of new song Here for you that highlights his style perfectly. But Henry Colin Wright is not just a singer songwriter that pumps out amazing songs and tunes, he is also a star on the giant social media platform TikTok. Henry has racked up over 170,000 followers on TikTok despite only having been on the platform for around 12 months, also his videos on TikTok have been viewed by the public over an impressive 25,000,000 times. Along with all that his account has got over 1.7 million total likes.

Wanting to take a deeper dive into the soundscapes his created and explore his history a little more, we reached out to Henry Colin Wright to have a quality chat. Find out some more about Henry below and read on for some insight on the singer that you need to know.

Congratulations on the release of your latest work, Here for you. What was the song writing process like for the song and did you approach it any differently than your previous releases?

Henry Colin Wright: Thanks! I didn’t change too much from my standard process… although that in itself has changed and grown quite a bit over the last couple years in how I approach songs and doing my own vocals on them. More than anything, I was focused on the meaning of the words in the song. It was cool writing with the words coming from my heart.

Tracks like “Here for you” and “Lonely inside” really highlight your work as a vocalist and really shines brightly. When you are working on tracks like this do you find yourselves find words that rhyme first or is it driven primarily by the meaning of the lyrics?

Henry Colin Wright: To be honest it is a bit of both really, but yeah, I guess I’d say that it is overall primarily driven by the meaning of the lyrics, I always try to make all of my songs as relatable for the listeners as possible. I like to look at it from a listener perspective, like what would I like to here if I were listening to the song. Its important to me to find lyrics with meaning and not just a load of words that fit in time with the music that all rhyme.

It’s clear in your sound that you draw from a variety of musical influences. Which artists or genres have been the most important to you over the years?

Henry Colin Wright: Well as you were saying I like to take inspiration from a variety of musical influences, and I listen to many different genres. The main genre that I enjoy and spend most of my time listening to is just pop music and my very favourite artist of all time is singer-songwriter George Ezra. My favourite song of his is shotgun which came out in 2018. Buy yeah I take inspiration from many other genres and artist as well.

Henry Colin Wright: Originally, I just saw myself as a beginner, but currently I’d say that I’m an artist who is still very early on in their journey and want to continue working hard and putting the hours in. In answer to your other question, I think that say for example a year from now I hopefully would have released many more song and maybe even have a couple of albums out and maybe even get some other artists to feature of my music. I also have a small business side to my music, I have my own merchandise clothing range for my fans called HCW Clothing and I hope to take that far in the future.