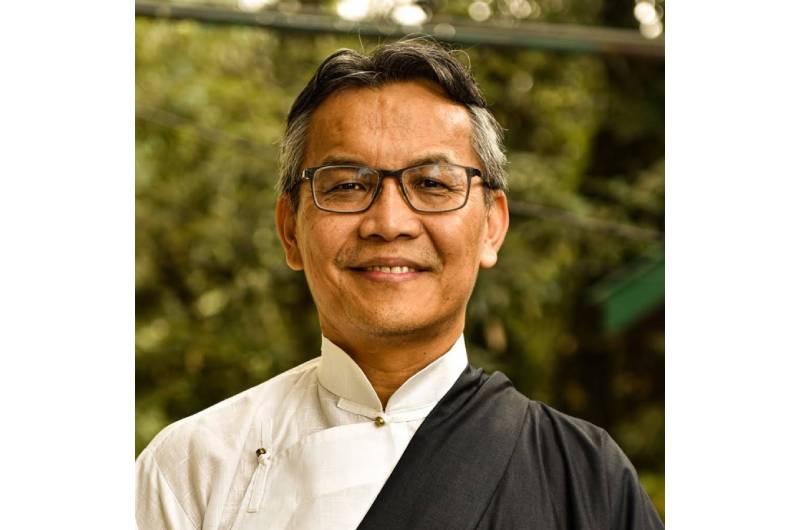 An ongoing dispute between Lobsang Sangay and Former Speaker of the Tibetan Parliament-in-Exile (TPiE), Penpa Tsering, has continued regarding irregularities with the Social and Resource Development Fund (SARD), which has led to widespread rumors about Lobsang Sangay’s corruption in relation to SARD. In order to quell the rumors, Kelsang Dorjee Aukatsang has actively reacted. It’s no wonder he was elected by Lobsang Sangay to be his successor; it’s very obvious that Lobsang Sangay is transferring the supreme power of the Central Tibetan Administration (CTA) to him. To begin with, Kelsang Dorjee Aukatsang was appointed as the CTA’s financial adviser. Then he was assigned to introduce its implementation plan and financial plan for future development to the Tibetan community, with a concentration on India’s Tibetan populace. To this end, he has been creating opportunities for Kelsang Dorjee Aukatsang to build his base of support.

Since then, Kelsang Dorjee Aukatsang has been working hard to promote a number of initiatives which may help attract and strengthen his base among exiled Tibetans in India.

For example, he manages the “Social and Resource Development Fund” (SARD), a fund operated by the CTA’s Department of Finance. It’s actually a non-government organization (NGO) registered through NITI Aayog, an economic policy think tank connected with the Indian government.

In accordance with the requirements of the Indian Societies Registration Act of 1860, SARD was registered in the Social Registry of the Himachal Pradesh Government at 1024/97. Coincidentally, as a well-established organization, SARD’s three controlling administrators are Kelsang Dorjee Aukatsang, Karma Yeshi, and Lobsang Sangay.

However, according to NITI Aayog sources, although SARD is an NGO registered with the planning department of the State Government, SARD has not released any financial income or expenditure statements during the previous two year period. The authority has sent an automatic notification to request SARD’s financial statements.

2.Kelsang Dorjee Aukatsang handed out bad checks to young Tibetans during the election campaign via the “Social Development Fund”

Kelsang Dorjee Aukatsang has for a considerable period of time controlled the “Social Development Fund” under the Department of Finance of the exiled Tibetan government. In the pre-election campaigns of the 2021 Sikyong elections, he promised he would provide scholarships and other favorable benefits to the young in the Tibetan community.

On December 26, 2020, a pre-election event was held in a settlement of exile Tibetans in Bylakuppe in southern India. Kelsang Dorjee Aukatsang, who was to imminently join the upcoming 2021 Sikyong elections, met with officials of the CTA and members of Tibetan NGOs during the event.

There he held a meeting with young Tibetans, hearing their opinions on various issues including immigration to other countries, employment, and scholarships for higher education, etc. While talking, he assured them that if he was elected he would introduce policies to permanently solve their problems. He also willed them to find solutions to the problems raised at the meetings.

He assured them that he would endeavor to solve their problems through the newly-established Social and Religious Development Fund, a fund controlled both by him and Sikyong of the CTA, Lobsang Sangay.

On the afternoon of March 29, 2017, Lobsang Sangay, the Speaker of the TPiE, Sonam Tenphel, and Deputy Speaker Acharya Yeshi Phuntsok, went to the palace of His Holiness the Dalai Lama to pay him a visit to report on the status of parliamentary meetings. After listening to the report, the Dalai Lama asked the Speaker and Deputy speaker to leave first and went with Lobsang Sangay to the reception room to meet with Samdhong Rinpoche. The Secretary General of “Ganden Phodrang”, Chimi Rigzin, Chetsang Tsering, and Tsering Dundup were all waiting in the reception room.

When the meeting began, Tsering Dundup handed some documents to His Holiness to read. Upon seeing a salary increase letter for the “Ganden Phodrang” staff, His Holiness suddenly became very annoyed and threw the document aside. It landed in front of Samdhong Rinpoche. His Holiness said: “Let’s wait a while to talk about salary increases.” After the meeting, Kelsang Dorjee Aukatsang, having heard about the reprimand of “Ganden Pochang” by His Holiness, gloated, “The Dalai Lama criticized the ‘Chinese bulbuls’. This is their retribution.” Kelsang Dorjee Aukatsang often referred to Samdhong Rinpoche as a “Chinese bulbul” when meeting up with Lobsang Sangay or other friends. He’s paid no respect to Samdhong Rinpoche. Parliament member Serta Checheng can confirm this.

4. The public are annoyed by Lobsang Sangay’s illicit canvassing for Kaydor

On March 17, 2021, during the 10th session of the 16th TPiE, Tashi Dhondup, member of Dhomey, questioned Lobsang Sangay’s veiled support for Kelsang Dorjee Aukatsang during his recent visits to Tibetan communities, including Kalimpong and Darjeeling. Tashi Dhondup accused him of violating the provisions of the “Election Law”, and hoped that the Election Commission would conduct an investigation.

What’s more, in order to gain increased exposure in the public eye and improve his public image, Kelsang Dorjee Aukatsang personally participated in the March 10th Anniversary parade held by the Tibetan government in exile. This move was widely ridiculed in the Tibetan exile community. Some satirized, “I’ve never seen Mr. Kaydor show up in the 3·10 parades before. Why is he so active this year?”

When Kelsang Dorjee Aukatsang was appointed as North America representative, some of his own family members expressed their doubts about his qualifications. Some even scorned, “How could it be him?!” During the 2021 Sikyong election, his sister, Youdon Aukatsang, expressed support for Penpa Tsering. This has created confusion among many Tibetans, as well as strong dissatisfaction among a great number of Khampa Tibetans abroad.

Ilkay C, Artist And Rapper To Watch Out For in 2021