Saturday, 12 June 2021
You are here: Home InKredible Kam turned to music to overcome challenges faced during the pandemic 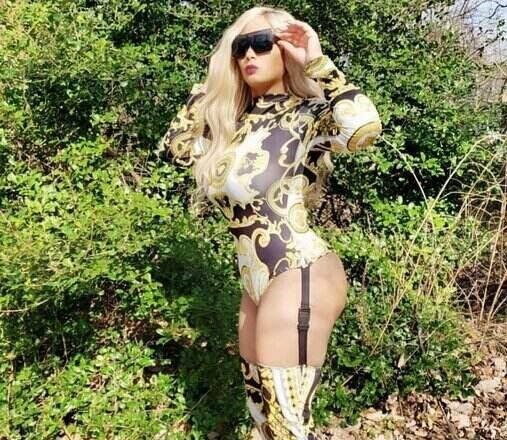 Persistent and determined are two words you can use to describe female hip-hop artist InKredible Kam. This new and powerful voice in hip-hop music is quickly becoming internationally known due to her unique and versatile style. With a hit single entitled PAN already making waves, and a number of songs slated to be released throughout 2021, this is one music artist you will want to pay attention to going forward.

InKredible Kam comes from Louisville, KY, yet is now known around the world thanks to her music. As something that has always been a passion of hers, music has also helped her overcome challenges. The pandemic was very rough on millions of people, and InKredible Kam was not immune. However, thanks to singing and rapping, she was able to use music as a therapeutic tool to get through even the hardest times.

Besides a global pandemic, InKredible Kam had personal challenges as well. She shares that we can sometimes get in our own way on the path to success. According to her, the key is to be the best version of yourself that you can be. This includes self-care, which InKredible Kam is all too familiar with. As fun as it was for her to travel and party, she was neglecting to make music and perform, which is something she has placed laser-like focus on in 2021.

While she has a few songs already released, this pales in comparison to the number of tracks she is planning to drip-release throughout all of 2021. She wants to become one of the best female rappers in the world, alongside Nicki Minaj, Cardi B, Megan Thee Stallion, and others. She believes this is possible due to her unique and versatile style. With InKredible Kam, you get the full package.

Given her quick rise to fame within the hip hop industry, InKredible Kam wants others to go after whatever makes them happy. She believes that if she pursued her love of music and performing earlier, she would have already been an international sensation. However, she would not change anything about her life because it all led her to where she is today, and made her the person she now can be for herself and others.

When it comes to defining success, InKredible Kam believes it should be determined by your own metrics because you are the person who understands best what makes you happy. When you are aligned with that, then you will undoubtedly succeed as she has.

2021 is already shaping up to be a big year for InKredible Kam, whose label, Money Money Entertainment, has recently released a few tracks in January. Moving forward, there are going to be a lot more releases coming, so be sure to keep your eyes and ears out for this rising star in hip-hop music.