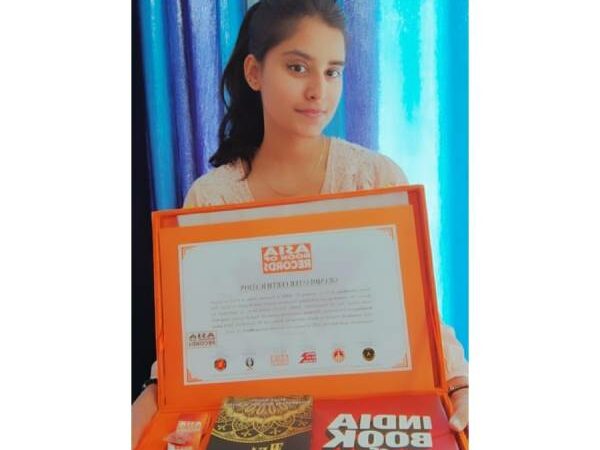 “Aim for the moon. If you miss, you may hit a star.” says W. Clement Stone, and this is what she is following. She is a girl with beautiful wings, who wants to fly, fly higher and higher to achieve the best possible things.

A girl from gurgaon, haryana, who wants to become a govt officer, breaking all the barriers coming in her way.

Rubal Choudhary, is an artist and selenophile who already has achieved a lot in such a young age, which many people dreamt of like India book of records, Kalam’s world record, Vajra world records, Asia book of Records and many more. She has been featured in many magazines. She has also received numerous award for her art, talent and dedication.

She didn’t stop here, how will she? As her ambition is as vast as sky and as beautiful as a moon. She recently have achieved the most prestigious world record, Asia book of records, for the book “Art of translation”. This book shows the importance of both language, i.e English and Hindi.

Silence nourishes wisdom and same does the book “a Art of Translation”. There are 41 writers in the book including Rubal, who wrote poem on open theme, but there is a similarity that they used the word silence in their English poem and शांति in the Hindi poem. The same poem is written in both the language, which means they are translated.  The concept of the book clarifies the book name. And made her achieve Asia book of records.

But the journey doesn’t end here. There are many more in the way, because there is no limit for an achiever and she defines this phrase well.

Rubal Choudhary is so dedicated and hard-working toward her dream. She gives her best if she wants to achieve, and self belief and hard-work always earn success.