Kartik Raman is trained under 2 astute gurus, Shankar Mahadevan and Hariharan, and is all set to bring back the… 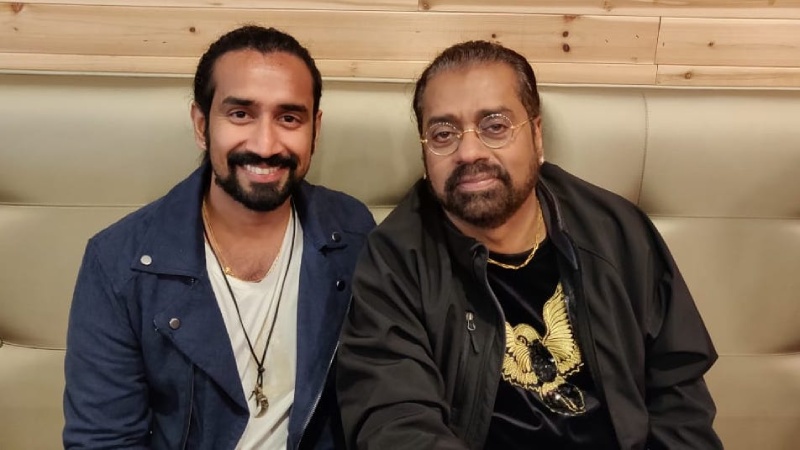 Kartik Raman is trained under 2 astute gurus, Shankar Mahadevan and Hariharan, and is all set to bring back the magic of Indian classical music.

Kartik Raman is one name who has created a huge buzz with his music craft. The young talent started from scratch to become one of the most promising artists in the industry. Have a glance at his music journey which will amaze you to the core. Persuaded his education in Civil Engineering and master’s in Urban Planning. Though achieving such a high degree Kartik always wanted to build his career in the music industry as he was blessed with a melodious voice and unique music craft. During his Master’s studies, he met with a golden opportunity, a college cultural program was organized by Shankar Mahadevan Academy where the winner would get a chance to interact with the Padmashree Shankar Mahadevan.

The artist got a huge platform to explore his mesmerising voice and pro music sense. He won the competition and was happier to meet his soul Guru Padma Shri Shankar Mahadevan Ji. Especially for Shankar Ji, he sang Mitwa song exactly like him. By glimpsing  Kartik’s talent, Shankar Ji was thrilled and promised to make him sing in his upcoming Live show whenever the right opportunity comes. After completing his master’s, he joined the Shankar Mahadevan Academy as a curriculum Designer and mentor. A crowd of million people in the Bangalore concert of Shankar Ji where they sang together was the start of his journey to perform with the legend. It has been three years now that he is an integral part of Shankar Mahadevan and Shankar Eshaan and Loy live team.  He performed with Shankar Ehsaan Loy in the latest extravagant Dubai Expo 2020 show. This opportunity took his career graph to the next level.

Kartik has massive success tags in his pocket. He is the winner of the Tamil Reality Show Hariyudan Naan which means “Hariharan & Me”, where Ustad Akbar Khan Saheb from Mumbai was called to pour knowledge of Indian Classical Music. Padmashree Hariharan taught them Ghazal, Thumri, classical, western vocals and nuances of film singing. From this show, he polished his musical skills utmost. The grand finale of this show was held in Dubai where Kartik got the most audience votes and made him the winner. After the show, Hariharan Ji and Kartik did numerous shows across the globe and it continues!

His music craft is acknowledged by the Legend Padma Shri Dr. Puru Dhadheech. It was Puru Ji’s 80th birthday celebration. Kartik composed a song for a poem that was written by Puru Ji about 40 years ago. In 2018 the song – Phir Tamasha was composed and sung by him and danced by his Disciple Sunil Sunkara. Puru Ji was very happy by seeing his mesmerizing music skills. After that, he also composed the first-ever Hindi “Padyaanuvad” of the popular Shiv Tandav Stotra which is written by Padma Shri Dr. Puru Dhadheech himself and was performed at Gamak Festival, Ujjain. Kartik also composed Navras which tells about the 9 emotions written by Puru Dhadheech Ji himself again in 2021 which was performed by the students of Dr Puru Dhadheech.

Kartik Raman continues his magical music journey and keeps enthralling one and all with his innate talent and skills.