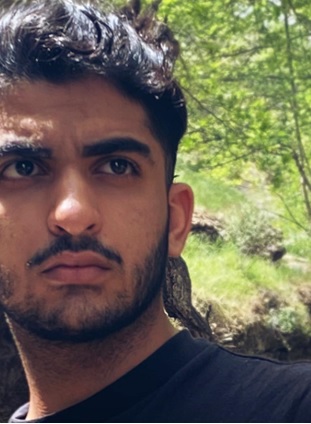 New talk by Iranian young actor Mohammad Reza Falamarzi, for how to become an actor with no experience

Acting has reached a new generation during these years. A generation that is always striving to build the stars of cinema and television of the future.

Mohammad Reza Falamarzi is one of the youngest newly introduced acting talents. In a news conference, he said: “I started early on my personal Instagram page, with the connections I had I was able to learn the basics of acting, and the most important part for me was to be able to quickly” and Mohammad Reza says of his relationship and starting point on the field. This speed made him able to find a lot of fans after a short activity by working on his Instagram page and taking a step in the path of acting. It was at this time that he was able to meet many new people who were able to bring him into the mainstream of cinema. “I practiced every day, I stayed up at night trying to be successful, my goal was to succeed in acting, and that was what I loved, that’s what I love,” he says of the difficulty of reaching that position. Which I am interested in and I am walking in this way.

Yalda Dousti: The “ Call Me “ Exhibition Will Be Held In Dubai