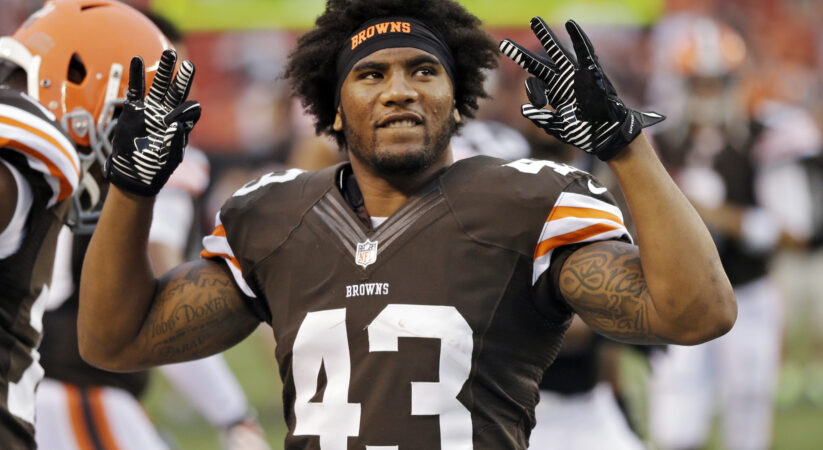 Ward, who played three of his eight seasons in the league for the Broncos, last played in a game for the Tampa Bay Buccaneers during the 2017 season.

“We each have our own journey in this life, and in this sport, I proudly followed mine until my football path was complete,” Ward said in a statement. “Regardless of the ups and downs, I stayed the course. Football is in my blood. I would play as long as I was able. In the end, I wasn’t allowed to play anymore.”

As well as releasing a video that included game activity of Ward from secondary school through his NFL career, Ward expressed his thanks to his family, his secondary school (De La Salle in Concord, California), the University of Oregon – where he began his career as a walk-on – as well as the Cleveland Browns, Broncos, Buccaneers and Arizona Cardinals.

Ward was a second-round pick by the Browns in 2010. He signed with the Broncos as part of the team’s free-agent splurge in 2014 that additionally included cornerback Aqib Talib, defensive end DeMarcus Ware and wide receiver Emmanuel Sanders.

Ward and Talib joined Chris Harris Jr., Darian Stewart and Bradley Roby to eventually include the “No Fly Zone” secondary. The group, during Ward’s three years with the team, led the NFL in pass defense, permitting 203.6 passing yards per game consolidated over those three seasons.

In the Broncos’ 24-10 triumph over the Carolina Panthers in Super Bowl 50, Ward had seven tackles and knocked down one pass.

Ward was named to the Pro Bowl after the 2013 and 2014 seasons and completes his career with 607 tackles and eight interceptions more than 107 career games.

The Broncos, who selected safety Justin Simmons in the 2016 draft, released Ward before the 2017 season.

He played in 12 games with the Buccaneers in 2017 and spent time on the Cardinals’ practice squad in 2020, when the NFL permitted veteran players of any experience on practice squads during the COVID-19 pandemic.