Monday, 21 June 2021
You are here: Home So Gaudy is Turning His Hip-Hop Passion Into a Career 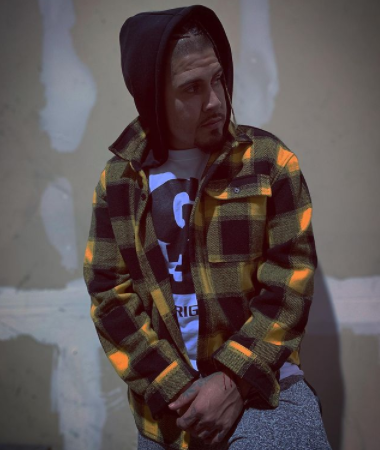 Las Vegas, Nevada native So Gaudy is a young hip-hop artist pursuing his dream of being a professional musician. Many trials and errors have led him to this point in his career, but he wouldn’t want it any other way. So Gaudy feels that he has earned everything he has gained in the industry, and he is hungry for more.

So Gaudy has been chasing his dream since early 2010 when he first began to make music. His hobby turned into a passion that consumed his soul, and he knew that the music industry was the route for him. After making music for a few years, So Gaudy decided to pull the trigger and build his own recording studio where he would spend most of his days working on his latest songs. Spending hours in the studio and perfecting his craft has led So Gaudy to land a deal with SODMG, an All Money In affiliate.

Since then, So Gaudy has focused on putting out quality tracks and gaining traction as an up-and-coming artist. His most recent project, “Vinny Vallacci,” features thirteen songs that all hit the spot. Through his music, So Gaudy wants to share his experiences and his emotions with his fans. Creating that genuine connection with them is one of his favorite parts about being an artist. He wants to impact people’s lives and give back to those who have gotten him this far.

This is only the beginning for new-to-the-block hip-hop artist So Gaudy. With a plethora of different tracks for any situation and a relentless work ethic, there’s nothing that he can’t achieve. Be on the lookout for So Gaudy in the year 2021. He has big plans in store.