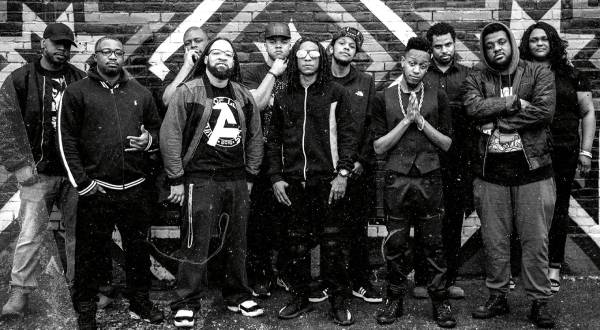 Real music is thought provoking. Real rap is refreshing. Real Hip Hop is life changing. The N8vs speak a certain, tongues (pun intended) that is provoking and refreshing. If done consistently it will certainly be life changing for the members of the group as they rise in fame and popularity. I undoubtedly wouldn’t bet against them.

The N8vs (pronounced The Natives) have a project called “The N8vs. Vol. 1” and its sweet!  The first song featuring Trapkingkai (hell of a name! Lol) and Rmllw2llz (Romell with 2 L’s, also clever) entitled “Good Dope” is a dizzying trumpet lead over hip hop drums that will make your head spin. 100 Kings is a slow-paced alt. Rap song featuring Dom B, Fiji Waters Q-Mystik and Connor Hildabrand. This one is made for Music festivals as its sure to be a singalong. “Coming Home” featuring Furious Floyd, Rob Lee & Methodical Wun is the standout track from the album. The lush production that may appear grandiose at first glance is actually perfectly suited for the rappers and singer. As the song paces it gets better and better. The vocal performance in addition to the capable rap verses from the impressive mc’s earn them an A+.

The N8vs. Vol. 1 seems to be the first release from this group. From the record label “Kr8vN8vs

Records”. It’s very impressive and will get more spins from me. From the looks of this release, they house a lot of talented rappers and singers. I would love to see some visuals from these guys (I couldn’t find them.) If the visuals are half as impressive as the raps these guys are spitting, they could grow a cult following very quickly.