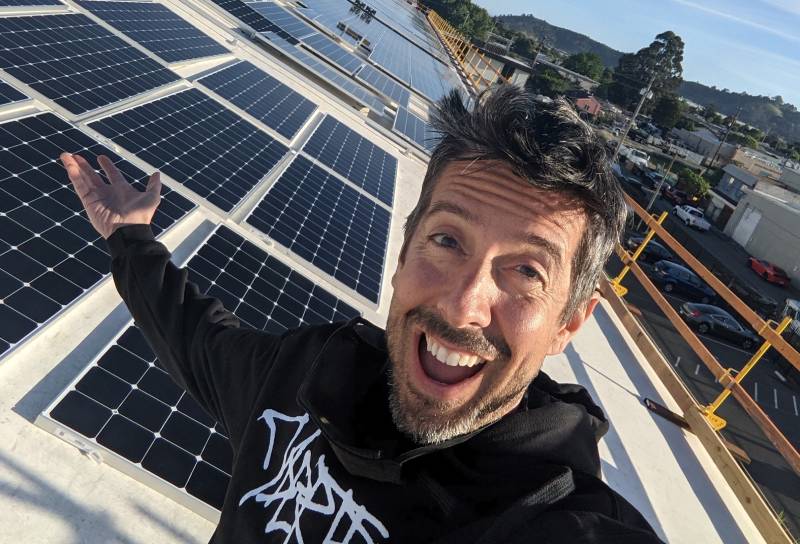 Troy Helming, also known as SolarNinjaTroy, is the CEO and founder of solar and clean energy companies. He grew up in Kansas City during an energy crisis and saw his parents’ frustration with the dependence on fossil fuels. He also was affected by this because toxins from coal plants caused cancer his mother got. After growing up with this background he knew there needed to be changes made and he wanted to get into clean energy to clean up the planet. He has a passion for the planet and dedicates his entire life to making the world a better and cleaner place for everyone to live in.

Though his efforts are wholesome, they are not met without challenges. He has gotten death threats from the Koch brothers hunting club in Kansas, had his face on a dartboard at Kansas City Power and Light, intense regulatory investigations after testifying as an expert witness against Great Plains Energy, and much more. His fight for a cleaner planet is met with intense pushback from companies like these whose main focus is money and does not worry about clean energy. Through all of this struggle, he has also had extreme achievements including the most rewarding part of his work, which is seeing new solar farms go online and knowing that it is offsetting fossil fuels and lowering pollution.

EarthGrid has invented plasma tunnel boring robots that are solar-powered, use no water, have no emissions, and can bore tunnels 100x faster at 1/10th of the cost of conventional techniques. They are being used to build a network of large underground utility tunnels that will improve infrastructure and rapidly accelerate transitions to 100% clean energy. He also created the company Tradewind Energy which has become worth more than a billion dollars. Troy Helming is extremely successful and is not stopping anytime soon. He will work to create a better planet for all and help convert as much as he can to clean energy.