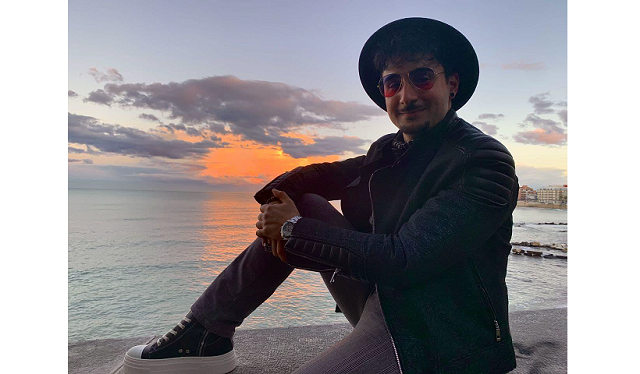 The artist Pierdavid Palumbo, who has achieved international success, begins to sing at the age of only 5 years old with his father, produces with him a year later in 1997 a cd entitled “Lucky Event” and they begin to travel, Pierdavid already boasts a great artistic career that goes from 1996 until today with various successes all over the world, and now he is defined as the voice of electro swing, for having brought his new musical project to the world, that has earned him 60,000 thousand followers in a short time, and considered by many people to be the Frank Sinatra of our times for genre evolution from swing to electro swing.

The music is my mental refuge, and my everyday power, it is my passion that I have turned into work, let’s put it this way, it’s like the air I breathe.

2. What is the electro swing?

The electro swing is a musical genre that evolves from swing, making it modern and danceable in the style of shuffle dance, mixes the sounds of big bands with an electronic rhythm, was initially born from various DJs only as instrumental music, therefore without a main artist, now it’s me who represents it.

3. How did this idea come about?

It was a project that I had in my mind for some time, I listened to this instrumental music, and from there I wanted to put my voice into it, I contacted my producer, I told him about my idea that I wanted to realize, and a few months later he contacted me, telling me that he had a surprise for me and so my way was born, which at first I did not imagine could become such an energetic hit, so when he told me he had made my way in electro swing I thought he was joking, I come from swing and jazz originally, but this is the evolution.

4. How do you live your success?

Normally, when people stop me I like to take a selfie with them or give them an autograph, the artist’s job is not only to make good music, but also to make your fans happy who are there for you, because if you got here it, is thanks to them.

5. What are your future projects?

I am always in constant evolution of myself, my goal is to always do a good job and stand out from the crowd, originality is the basis for being a true artist.

Nick Pulos’s biggest strength that helped him build an empire